R.A.D Sicherheit has been in charge of the security operations connected to the car racing activities of Audi Motorsport since 2003. This year, among other things, the entire DTM (German Touring Car Championship) season is accompanied by our security team. In addition to numerous national races, the DTM, being the most popular international touring car racing series, took us this year to Hungary, Russia and even to China. Securing the pits before, during and after the races, protecting exhibits and vehicles, as well as the access control to various press and VIP-areas are part of this security assignment. The AUDI AG is one of the major german manufacturer of high class  automobiles based in Ingolstadt.

Here you find an overview of all references. 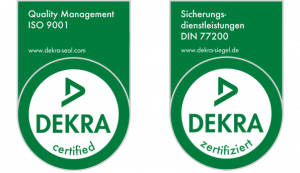